Know Who You're Targeting

No matter what you are writing, you will be more successful if you understand your reader’s likes and dislikes.

Whether you are sending an e-mail to your boss asking for his support, writing a paper for your 9th grade English class, or drafting a novel or non-fiction “how-to” book – you will be more successful if you comprehend the attributes of your target reader.

If you identify the characteristics of your reader, you greatly enhance the potential of achieving results.

Almost all of us write messages fairly often, whether as an e-mail, tweat, Facebook entry, complaint to service provider, or potential client. Every time we write something—wherever we say it with written words—we have an opportunity to make something happen.  The first step to writing effective messages or attracting readers is to know who we are trying to reach.

Is it someone who is always in a hurry and thus will only read part of your message?  Is it someone who needs to be convinced, requiring more details?  Is this a procrastinator who you know will need follow-up messages to achieve action?  Is this a group of people who you don’t know?  Does the group have any common characteristics you could address? Or, do you have no idea about the recipient, suggesting a more general approach?

Once you have identified the characteristics of your readers, you can better address your message to them.

John Lock, in his book “How I Sold 1 Million eBooks in 5 Months!” highlights “Know Your Target Audience” as one of the four attributes that helped him be successful. He defines target audience as “a tiny niche out of all the book buyers in the world”, and this niche includes those people who will read your book.  To reach those targets, he recommends that you write, blog, email, and build loyalty to that specific group.

How we find the characteristics of our target readers is up to us. Locke suggests, “When defining your target audience you’ll be like an FBI agent looking for a fugitive.” Whatever method you use, consider the value of writing to that specific group with its specific characteristics—preference for amateur sleuths, crazy about lady vampires, not fond of violence, require humor, hate description, love dialogue.

Once we understand our readers and what they like, we can write an article or book that they will be more likely to read.

What the Experts Say: Who They Target

How do authors define their target readers? The next entries in this blog are comments from published authors on this topic. I want to take this opportunity to thank them for taking the time to share their expertise with us.

To find that specific group of readers who will want to explore our works, we authors need to understand what turns them on.

I write mysteries. So primarily, I am looking for readers who like to read and solve puzzles.

My readers are not looking for extraordinary heroes. To the contrary, they enjoy unlikely heroes who respond successfully to unsavory events. They prefer independent women—not romantic wimps—and expect them to be smart and have a sense of humor.

My readers are not necessarily looking for great literature, but they do want to learn something—but not too much. They will stop reading when they encounter any “ouches” like a key character on one page hates coffee and is found drinking his third cup in the next chapter.

My readers like character development and appreciate interactions. They don’t like a lot of sexual description but love innuendo, especially if it’s humorous.

As you compose your message, novel or instruction manual, remember you are directing your words to readers.  They will be more likely to read your output if you consider their likes and dislikes

What the Experts Say: Anthony Carbis, Entertain with a Perspective 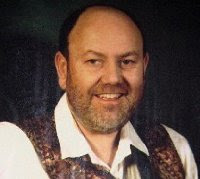 With regard to ’Murder and Enlightenment’ I would say my target readers are people of all ages, barring children, who like Victorian crime stories with a dark edge and a little added meaning.

*Author Anthony Carbis lives in the U.K. on the southwest coast of England. He has studied Eastern philosophies since the age of 18. He spent thirty years of being a jobbing singer/guitarist in England's West Country.

http://www.anthonycarbis.com/co/uk
His books are available on Amazon.com:

People Pubs and Enlightenment - about a fictional singer/guitar player interested in Eastern religions who describes “followers of the holy trinity of brewing, fermenting and distilling.”

What the Experts Say: Marja McGraw, Mysteries with a Little Humor 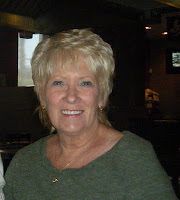 I target readers who enjoy being entertained and figuring out the puzzles. One thing I’ve learned is that there doesn’t have to be a dead body to make a mystery a mystery. Sometimes it’s about preventing a crime instead of solving a murder.

To me humor is very important. There’s so much drama in real life, and I’d like to take the reader away for a while. Humor does that without adding more stress to a reader’s day.

Yes, I write murder mysteries, and there’s truly nothing funny about murder. However, you can find humor in the people involved in the cases and in the things they do while investigating and interacting with others.

If you met me in person, you’d never guess that I sometimes enjoy slapstick humor – but I do, on occasion. I remember someone who was walking to their car and turned to make a smart aleck comment to me, and when he turned back to his car he walked right into an orange tree and knocked himself silly. Once I realized he wasn’t injured, I laughed until I cried. It was unexpected. It was silly. It cracked me up. And it was my ex-husband. How much funnier could it be?

Animals can add humor. We have two wild and crazy yellow Labrador Retrievers. One of them watches the ceiling like she hears voices. She’s quite intent on what they’re apparently saying. Both dogs are afraid of the dark. You don’t expect dogs who weigh over ninety pounds to be fearful of anything. Little ankle-biter dogs make them very nervous. I read Marley & Me by James Grogan, and saw shades of Sugar and Murphy (my dogs) in Marley, except I didn’t get the impression he was afraid of the dark.

And then there’s Bubba, a dog who belonged to an employer of mine many years ago. Bubba was half wolf and half Golden Retriever, and he was huge. He loved to smile, which scared the curl out of people’s hair. His smile, which was very toothy, looked like he was snarling. When customers came into the office, which happened to be outside of town, he’d plant himself between them and me and smile. It made me grin because he was being both protective and friendly at the same time.

Marja McGraw is originally from Southern California, where she worked in both criminal and civil law enforcement for several years.
Relocating to Northern Nevada, she worked for the State highway department. Marja also did a stint in Oregon where she worked for the County Sheriff's Office and where she owned her own business, a Tea Room/Antique store. After a brief stop in Wasilla, Alaska, she returned to Nevada.
Marja wrote a weekly column for a small newspaper in No. Nevada and she was the editor for the Sisters in Crime Internet Newsletter for a year and a half. She's appeared on television in Nevada, and she's also been a guest on various radio and Internet radio shows.
She writes the Sandi Webster Mysteries and the Bogey Man Mysteries, and says that each of her mysteries contain a little humor, a little romance and A Little Murder!
For additional information: http://www.marjamcgraw.com