Full-time police officer Stacy Eaton writes romantic suspense novels in the world of law enforcement. She just released DISTORTED LOYALTY, a story about a relationship between a married ER doctor and a married police detective. Reviewers tout her “amazing story telling” and appreciate the “emotional maturity of the hero and heroine” who they believe “are real people dealing with overwhelming problems.”

Eaton is getting ready to release her eighth book, SIX DAYS OF MEMORIES, featuring Detective Foster who responds to a crash scene with a dead female passenger, a bag full of money in the back seat, a body in the trunk, and a driver with no memory!

Fans also enjoy her “My Blood Runs Blue”series, and WHETHER I’LL LIVE OR DIE, a novel about domestic violence—and many others.

When she’s not fulfilling her crime investigation responsibilities as a police officer, or writing her books—she has several in the works—, or running her business, she enjoys watching her daughter train or perform Tae Kwon Do, spending time with her husband, and reading. She also has a son in the Navy.

Q: How much does your profession as a police officer influence your characters, plot, and back-story?

Stacy Eaton: One word – Completely!  Over the last fourteen years, I have seen a lot on the job – and bits and pieces of those things are woven into my stories. Every female detective is me, to an extent. She will have different points of view on some things, or deal with situations differently than I would, but her thought process, the way she handles herself, it’s all very similar to how I do it. It’s easy to write stories when you know so much about the subjects.

Q: Is the concept of “villain” vs “hero” relevant to your stories? If so, do you think you need a villain in order to produce a hero?

Stacy Eaton: Since I write a lot of romantic suspense in the world of law enforcement, there are a lot of criminals in my stories, but their stories are not all that important to me. What is important is the story of the hero, whether it is my detective or another character.  It is their mind, heart and soul that I want to bring forth to the readers. We see enough bad stuff in real life, who really wants to see more?

Q: Your most recent novel, DISTORTED LOYALTY, concerns a relationship between an ER doctor and a married police detective. Why will readers care for these two characters? What makes them engaging, or not?

Stacy Eaton: Just so you know, Rachel is married, too. She’s the ER doc. There is chemistry between these two that starts in the first chapter when Grant whispers something in Rachel’s ear. From that point on, these two are torn apart by circumstances, and then thrown back together so many times it puts your washing machine agitation mode to shame.  My beta readers told me that after so many real life struggles that they have to deal with, they deserve to be together.

Q: Without spoiling the plot, can you explain the significance of your title DISTORTED LOYALTY? Whose loyalty gets distorted and what does that mean?

Stacy Eaton: Oh boy! Like I mentioned before, Grant and Rachel are constantly in motion with issues. If it’s not their spouses, or their children, it’s the chemistry between them. At times the things they find out seem so disjoined, or distorted that they are unsure of anything in their lives. I think we have all been there at one time or another. We also like to think that the people we marry are loyal to us, but sometimes they are not.

Q: You have written vampire/romance/suspense books as well as the “emotionally riveting” WHETHER I’LL LIVE OR DIE. Would you say that your newest book, DISTORTED LOYALTY, is a new type of story different from anything you’ve written before?

Stacy Eaton:  Nope! In the last year and a half, I have written 4 romantic suspense novels. LIVEON~NO EVIL came out early July 2013 and SECOND SHIELD came out late November 2013. Of course there is DISTORTED LOYALTY that came out on June 13th, and at the end of the month, SIX DAYS OF MEMORIES will be released. All four of those are Romantic Suspense. I like this genre, a lot. While I still have plans to add a second book to my GARDA series, the guardian angel series, and I have a second domestic Violence novel, YOU’RE NOT ALONE (hopefully to be released late 2014), I plan on spending more time playing around in this genre. I find that it depends on what is going on in my life to what I write. Sometimes my life is filled with enough drama that I need to jump over to the paranormal and pretend for a while, lol…

Q: We are eagerly awaiting your next book, SIX DAYS OF MEMORIES, due to be published shortly. The plot sounds so intriguing, i.e., “When Detective Foster responds to the scene of a crash, she finds the female passenger dead, a bag full of money in the back seat, and a body in the trunk.” And then the driver regains consciousness and can’t remember anything, including who he is. It lines up so many mysteries. How did you conceive of such a plot?

Stacy Eaton: Lol… Joyce if I tell you that it just popped into my head while I was in the shower, would you believe me? Because, that is exactly what happened.  I wasn’t even trying to come up with any plot lines. I have enough already, but this one hit me hard and I sat down and started writing the minute I was out of the shower. Okay, I got dressed first, then sat and wrote. That is usually how it works. I told one of the officers I work with what the plot was, and they thought it was time for me to go have a psychological exam, lol….

Q: How important is setting to telling your stories? Could they occur anywhere at any time? Big city, small town?

Stacy Eaton: I’m partial to small towns, not like everyone knows your name small towns, but not big cities. I tend to write most of my books in the southeastern PA area, but there are a few books that you really have no idea where they are placed, and it’s not important to the story. It could be anyone’s home town area.

Q: Do you write your stories purely for entertaining your readers, or do you also try to educate or deliver a message?

Stacy Eaton: Most of my books are purely for entertainment. WHETHER I’LL LIVE OR DIE was the exception. That story revolved around Domestic Violence, something I know a lot about, not only from my job, but my personal life. There was a strong message in that one, that you don’t have to be a victim, you can choose to live a full happy life.  Of course, in SIX DAYS OF MEMORIES, you might think that crashing your car with a dead body in the trunk and a bag full of money might be an educated message not to break the law, lol…

Q: What’s next? (Can you believe I dare ask such a question in the month that you’re launching two new books?!)

Stacy Eaton: lol… Of course you dare! And of course, I have several things on the plate.  YOU’RE NOT ALONE is another domestic violence novel that is about 2/3 done. I’m hoping to complete that this summer and release it this fall. SECOND SHIELD 2 is about half way done, and I’d like to see that published later this year, too.  I’m also working slowly on GARDA 2 – and I just started a new story that is called ONE EVERY THIRTY SIX.  This is another suspense novel, but this one adds magic to the mix. Other than that, there are a few other ideas lying under everything else for when I have some extra time.

Q: Tell us about Stacy Eaton. It’s hard to believe that you have any spare time between rearing a family, working as a police officer, and writing novels, but what do you like to do when you’re not writing or policing?

Stacy Eaton: Wait? Am I supposed to be doing anything else? Lol… Actually, I also own a business and I do that early morning and late evening around everything else. My daughter is working hard on her last few months of training to get her black belt in Tae Kwon Do, and I love to watch her train and perform, so I spend what time I can doing that. My down time is spent reading, and I read fast. I just got done reading the 487 pages of Divergent in 6.5 hours. I kind of read like I write, really fast. Once in a while I even get to see my husband, and sometimes I even get to see a friend or two for coffee. I love my life and there is little I would change about it.

Stacy is a full-time police officer who enjoys crime scene investigation above all else, taking a passion in putting the pieces together to figure out the crime. She is also a business owner where she helps people get the awareness out for the causes they care most about. She is a mother of two, a son proudly serving in the United States Navy and a young daughter. Her husband is also in law enforcement. She is very much into photography and carries her Nikon Digital SLR with her almost everywhere, just in case. 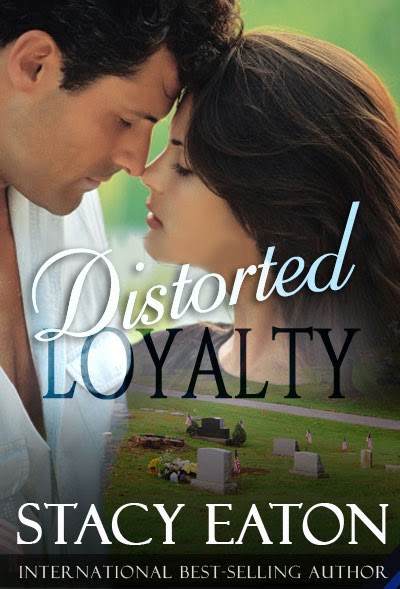 Emergency room Doctor Rachel Wilde and Detective Grant Murphy meet by chance and it takes only one glance and a simple gentle touch to ignite their senses.
When Grant’s wife is in a tragic accident, Rachel goes above and beyond the call of duty to save her life. It is the moment she faces Grant again that their lives begin to spin out of control and they realize the lives of their loved ones were deeply intertwined.

The distorted loyalties of the ones they lost will drive a wedge between them and it will take another death, a last will and a look beyond the grave to find the path they must follow.
(This novel does contain adult language) 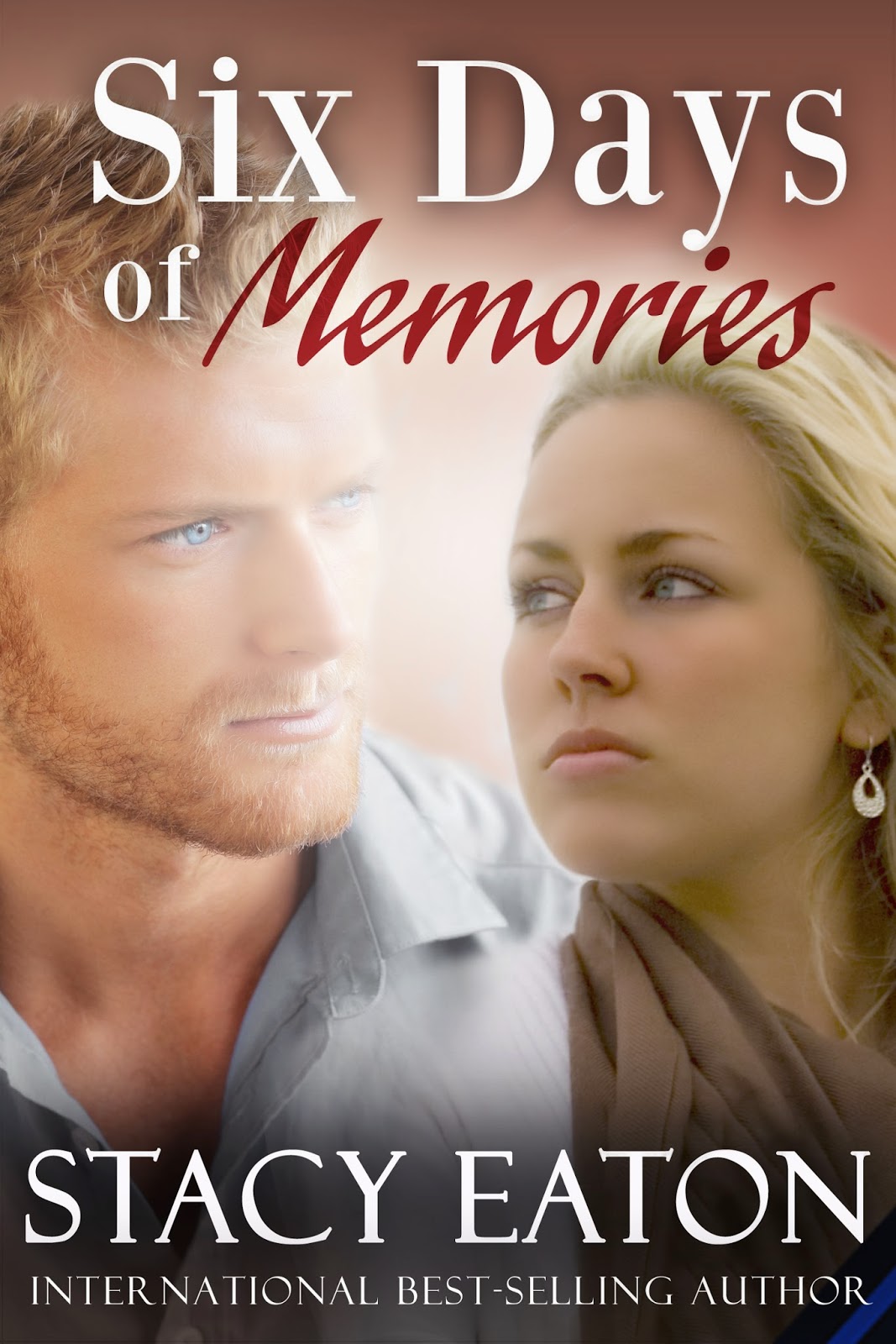 Detective Natasha Foster will put her job on the line to prove her gut feeling is dead on.

When Detective Foster responds to the scene of a crash, she finds the female passenger dead, a bag full of money in the back seat and a body in the trunk.  It is only when the driver, whom she nicknames Jay, wakes up with no memory that she must go with her instincts and continue the investigation in a way that was never taught.

Jay finds himself lost, but drawn to the beautiful detective who steps above and beyond the call of duty. His need to know if he was a victim or the criminal pushes him to try and recall what happened and who he is. With the pull of a trigger, Jay’s memory will suddenly return and with it, the terrible truth.

(This novel does contain adult language)