SPECIAL FEATURE: The Mystery of a Setting

I started to write mystery novels in 2009. Those of you who follow me know that I selected the genre based on my love of reading all types of mysteries or suspense thrillers—noir, spy, cozy, hard-boiled, contemporary, historical.

In a previous post, I divulged that for me the first step in writing a mystery is to develop the character/sleuth who would drive the plot.

The second most important element is selecting a setting—a place and time in which to place my sleuth. All eight of my published mysteries have been set in California—San Francisco in 1912, Ventura in 1939 and contemporary Silicon Valley and Sonoma wine country.

My ninth mystery, coming in November 2017, is set in a small rural town in Southern California near San Diego—an area that offers a wide spectrum of events and interesting locales.

The following article explains how and why I selected this location—aside from the fact that I live there!
The Mystery of a Setting

Setting can drive a mystery, its sleuth, or its villains—and even become a character itself.

The elements of a mystery plot—sleuth/protagonist, setting, villain/antagonist, red herrings, crime—blend together to create the puzzle for readers to put together piece by piece, chapter by chapter. They all contribute.

I always begin my mysteries with my sleuth. However, I have also discovered that the time period and location can help drive the plot and develop my characters.

When I turned to some of my favorite mysteries, I quickly learned that many successful authors have done the same—they use setting to develop their characters and the mystery.

An outstanding example is Agatha Christie’s Murder on the Orient Express. The famous detective Hercule Poirot has to solve a murder and learn about the characters—from a moving train. Another example is Dick Francis who set his thrillers around horse racing in the UK. His amateur sleuths—often jockeys—must solve horse-related crimes.

Even procedurals are often heavily influenced by their surroundings – Los Angeles is prevalent in Michael Connelly’s Harry Bosch mysteries. And we usually envisage Mickey Spillane in L.A. Or think about Sherlock Holmes in foggy London. And it’s likely Quebec comes to mind when we envision Louise Penny’s Chief Inspector Armand Gamache solving murders. And how does Nero Wolfe manage to solve all those crimes never leaving his office?

Therefore when it came time to start a new trilogy with a new amateur sleuth I considered the setting carefully.

My new sleuth, Emily Lazzaro, is the daughter of the Sonoma winemaker in my earlier Brynn Bancroft mysteries. She grew up in the wine region of Sonoma learning about winemaking. It turns out that she wants to work in the hospitality industry, in which she has earned a degree. So when her fiancé invites her to move to an up-and-coming wine region near San Diego, she readily agreed believing that she could be in charge of managing a winery. 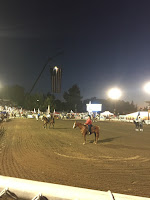 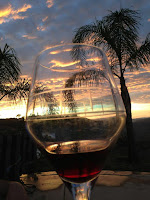 By placing her in Ramona, Calif., she comes to appreciate the potential of a rural equestrian community with a wine industry, a hefty artist community, growing restaurants, picturesque rocky views, fresh produce—all located within forty minutes of downtown San Diego. Given the blending of these features, she decides she wants to live there. However, when she breaks up with her fiancé she realizes she needs to make some changes to create a living enabling her to stay.

This heightens her hospitality instincts as she searches for a better paying job, and also enables the introduction of red herrings and plot complications specific to the region that draw her deeper into the mystery.

She becomes involved in a murder, a love interest who doesn’t trust her, a new enterprise, and other Dangerous Changes in her life so that she can live in what has become to her a special town.

As the plot evolves so does Emily—driven by her own background and characteristics—but also by the setting.  Events and happenings in her chosen community mold the changes she needs to make.

Bottom line: by using an intriguing locale and time period readers become engaged more with the characters and are drawn deeper into solving the mystery.