Reviewers describe W. Lawrence’s SYNCING FORWARD as a unique and creative science fiction story.  Lawrence elaborates that his SciFi novel clarifies every step of the way to make it plausible.  His protagonist is an everyman who readers can relate to easily. And  the story is more than SciFi. It’s also about family, love, suicide, terrorism, and ethics.

He is currently working on his next novel, One Way Window, due to be released June 2016--a lighter, humorous adventure in which a house owner in North Carolina discovers a window that looks back 90 years.  When he’s not writing, Lawrence enjoys his wife and two daughters—although he tries to go running, shooting targets, and playing games in between fixing toilets and helping his daughters with homework.

Don't miss the giveaway opportunity at the end of the interview.

Q: Reviewers applaud SYNCING FORWARD as a unique and creative science fiction story. What are the key attributes or elements of the genre of science fiction, and what makes your story unique?

W. Lawrence: Defining science fiction is not as easy as we may think. Is The Time Traveler’s Wife science fiction? Travel through time as a concept is SciFi, but I think most readers prefer there be an explanation for the time travel for it to be classified as such.

There is a surreal aspect to my protagonist Martin James’ journey, yet every step forward he takes is grounded in a plausible expectation of the future. We see the movies from 30 years ago and are disappointed in the lack of flying cars and interstellar travel. But why is that so? Because money drives everything technological. Shrinking our phones, flattening our TVs, lengthening our lives. These are tangible products and every step Martin takes to the future builds on the previous one.  While the end of the book may seem incredibly alien, the path to get there becomes one that has you nodding your head saying, “Yeah, I can totally see that happening.”

Q: Why do readers care about your protagonist? How does he engage them? What will cause science fiction readers to stop caring about a protagonist?

W. Lawrence: Martin James is an everyman. He struggles to pay his bills, he fights with his wife but loves her dearly, his children are his life. Sure, he has some talents, but Martin James is an utterly relatable character, which draws the reader into his story. Martin also internally dialogues frequently due to his condition, which is akin to Johnny’s Got a Gun.

Q:  Given that your story ventures into a dystopian future, how do you assure its plausibility, or “grounded in reality” as one reviewer claims? Is believability important to science fiction fans?

W. Lawrence: SciFi fans are more sophisticated than ever before, so I made sure I not only researched aspects of politics, demographics, and technology, but I logically played it out in my head. If it didn’t pass the smell test, I tossed it. I’m no prognosticator, but I wanted the reader to be able to take small steps instead of giant leaps.

Q: Does the concept of villain vs hero apply? Is your protagonist a hero? What makes an effective villain?

W. Lawrence: The hero’s journey is certainly there for the taking, but there are large plot points which hinge upon what a villain is defined as, so I think I will leave that question dangling for now.

Q: Reviewers also say that SYNCING FORWARD is thought-provoking. Did you write it strictly to entertain readers or did you embed some messages in the story? What do you want readers to take away from your book?

W. Lawrence: There are many messages in SYNCING FORWARD. Is it a science fiction story? Yes. Is it a story about family and loss and tragedy? Yes.  Suicide, terrorism, ethics within the scientific community… All of these are layered on rather thick. It isn’t a light book.

Q: Did your background as a corporate investigator influence your writing? Did you conceive of the plot while doing your job?

W. Lawrence: While my background helped me create a starting point for the main character, the plot was driven by a dream I had several years ago. This story is quite true to that lucid dream.

Q: How do you create a “page-turner,” as many reviewers claim? What are the elements of suspense you use?

W. Lawrence: I used a lot of my own fears to make readers uncomfortable.  Hospitals, enclosed places, needles.  Those things make me squirm. But other deeper fears are present – fear of losing my wife, my kids, of being alone. I believe readers turn the page to escape that discomfort, even if relief comes with the knowledge that something awful waits around the corner.

Q: Did you use humor to create any of your characters or the plot? How important do you consider humor as a contribution to telling your story?

W. Lawrence: Humor is not a big element in SYNCING FORWARD. There are tiny moments that act as tension breakers, but the personal drama and world events are rather heavy. I think humor is important, just not here.

W. Lawrence:  One Way Window. It’s a twisty adventure involving a North Carolina house in which the owner finds a window that looks back in time ninety years. Moonshiners, ghost stories, and time travel. This book is much lighter, has a lot of humor in it, and will be a fun tale to zip through.  Don’t mind me though if I twist your brain along the way. Look for June 2016 as a publishing date.

Q: Tell us about W. Lawrence. What do you like to do when you’re not writing or working?

W. Lawrence: Hmm, what I like to do is go running while listening to DLZ’s TV on the Radio, shooting at targets at the gun range, and playing games (all sorts of games). What I end up doing though is coming home late from work, fixing our toilet, and helping kids with homework.

W Lawrence was born in San Francisco, California, and moved two dozen times before settling in Pennsylvania with his extraordinarily patient wife and two precocious daughters. He wants a boy dog. He works in the world of corporate security as an investigator and professional interviewer/interrogator.

Lawrence is obsessed with 5K zombie runs, comes home empty-handed from hunting turkeys, and loves non-fiction books about pirates. He has no problem reconciling that his two favorite shows are Downton Abbey and The Walking Dead. 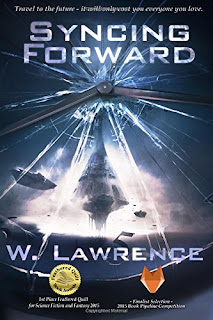 Finalist in the 2014 Book Pipeline Contest

--Travel to the future - it will only cost you everyone you love.--
Attacked and injected with a drug which slows his metabolism to a fraction of normal, Martin James becomes an unwilling time traveler who hurtles through the years. His children grow up, his wife grows older, and his only hope is finding the people who injected him in the first place- not an easy task when one day for Martin lasts four years. And while Martin James strives to find a cure before everyone he loves is gone, others are uncertain if his journey can be stopped at all. 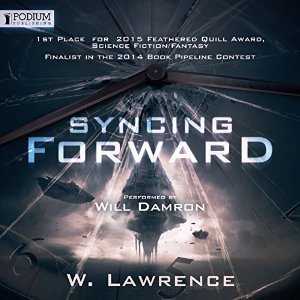 W. Lawrence weaves a dystopian future filled with the best and worst of humanity, highlights the blessings and curses of technology, and pushes the limits of faith and hopelessness. Above all, SYNCING FORWARD is a tale of one man's love for his family, and their devotion to saving him from being lost forever. 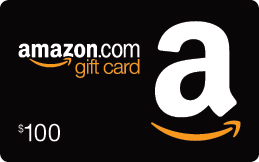 Brought to you by Worldwind Virtual Book Tours