Emerald Barnes has authored ENTERTAINING ANGELS, described by a reviewer as an “inspiring story of a young woman who overcomes her insecurity.” Barnes says she draws on real-life experiences to tell her story. She likes “to keep us on the edge of our seats as a reader to make it compelling.”

She considers herself a “nerdy writer who writes young adult novels.” When she’s not writing, she is enjoying her nieces and nephews. She lives in Mississippi.

Don't miss the giveaway opportunity at the end of the interview.

Q: One of your reviewers characterizes ENTERTAINING ANGELS as a “spiritual-warfare-romance.” Do you concur? Why? Or why not?

Emerald Barnes: I do agree with that. It originally wasn’t meant to be a spiritual warfare novel, but when there is a good force at work, there is usually an evil one. So, I added in the demon as well since I have an angel. There is always a spiritual battle, and I couldn’t have one without the other and have the story, itself, work as a whole, because I wanted this portrayed realistically.

Q: How do you develop your protagonist’s character to help readers care what happens to her? How important is dialogue to character-development?

Emerald Barnes: In this particular case, I drew on real life experiences. What Madison feels and what she goes through is a lot like what I felt – and at times still do – during high school. So, I drew on those feelings, putting a lot of my own emotions into Madison. As far as dialogue goes, I think it’s extremely important. Dialogue reveals things about our characters. What they say and how they say it indicate so much, especially when there is a particularly tense conversation happening, but the dialogue itself needs to be accompanied by showings of emotions to really develop the characters themselves.

Q: Does the concept of “villains” vs “heroes” apply to ENTERTAINING ANGELS? What makes a hero? What are your favorite characteristics of a villain?

Emerald Barnes: It does, I believe. Like I said before, you can’t really have a good force without having an evil one as well. I think a hero is someone who is working for the greater good, someone who wants to vanquish evil, but not the person doing the evil. A hero always has a way of seeing the good in people, and they will do whatever they can to save the villain, even when the villain doesn’t want to be saved.

My favorite characteristics of villains are probably: one, they have a redeeming quality. I don’t like purely evil villains. I want to feel something for them besides hatred. And two, they always think outside of the box. I love when they do something crazy, but it really seems to work – at first. Three, I love how they just won’t die! You can kill them, but there’s someone else who has worked for them that can keep their idea going – at least until the hero(es) can vanquish them for good!

Q: How did you come up with the title ENTERTAINING ANGELS? (Don’t tell us if it’s a plot spoiler!)

Q: What do you consider to be the most important elements of a compelling story?

Emerald Barnes: I think that it somehow has to keep us on the edge of our seats as a reader to make it compelling. The main character needs to go through something that is bad, make it worse, and then let them come through it relatively unscathed but for the better. I think that’s pretty much my favorite way to tell a story. It keeps me always wanting more when I read a book like that. Of course, a happy ending – or mostly happy ending is helpful too!

Q: How helpful are back-story and setting to telling your story? Could your book have occurred anywhere at any time?

Emerald Barnes: In all honesty, in the telling of this particular story, they really aren’t all that helpful. A little backstory to why Mads is the way she is was necessary, but setting isn’t important at all – well, aside from the fact that most of her problems revolve around school. But yes, my book could have taken place anytime, anywhere because it’s such a common issue in teens these days. It could have taken place in 1980 or 2050, and the results would be the same.

Q: Do you develop your stories from an outline and stick to it; or do your characters push you around?

Emerald Barnes: My characters are so pushy! They never stick to what I have in mind for them, and I’m totally fine with that! I want them to direct the story because when I let them move about freely, the story is always so much better! They, apparently, know themselves better than I do!

Q: What do you think contributes to making a writer successful?

Emerald Barnes: There are so many keys to it. Finding the right opportunity for your novel for one thing, learning how to properly pitch your novel, learning the ins and outs of marketing. All of those things help, but I think the most important thing is perseverance. There’s no giving up, because if you do give up, you certainly won’t be successful!

Q: What’s next? What are your goals as a writer?

Emerald Barnes: To keep writing and putting books out there. I’m counting on being more successful than I am now, and I can’t do that without writing more books and publishing them. So, I have some books lined up, even short stories, to publish soon.

Q: Tell us about Emerald Barnes. What do you like to do when you’re not writing?

Emerald Barnes: I’m just a nerdy writer who writes young adult novels. I spend most of my time with my nieces and nephews, and now that my oldest two nieces are in school, I’m busy going to see them cheer at peewee football games and also watching my youngest niece (8months old) and nephews (ages three and two) so their mom and dad can run them to practices and the like. When I’m not helping out with them or helping my family in general, I’m usually watching TV shows or reading.

Emerald Barnes graduated with a B.A. in English with an emphasis on Creative Writing at Mississippi University for Women.  She resides in a small town in Mississippi and has the accent to prove it.  She mainly writes suspense/thrillers in the YA genre, but she dabbles in other genres and her books are enjoyed by all ages!

She's constantly working on new novels and has more ideas than she knows what to do with.  She is a crazy grammar nazi who also proofreads novels!

She's an auntie to three beautiful nieces and two handsome nephews.  She's a Whovian, a little bit of a nerd, a reader, a writer, and a family-oriented person. God is number one in her life, and she thanks Him continuously for His love and favor. 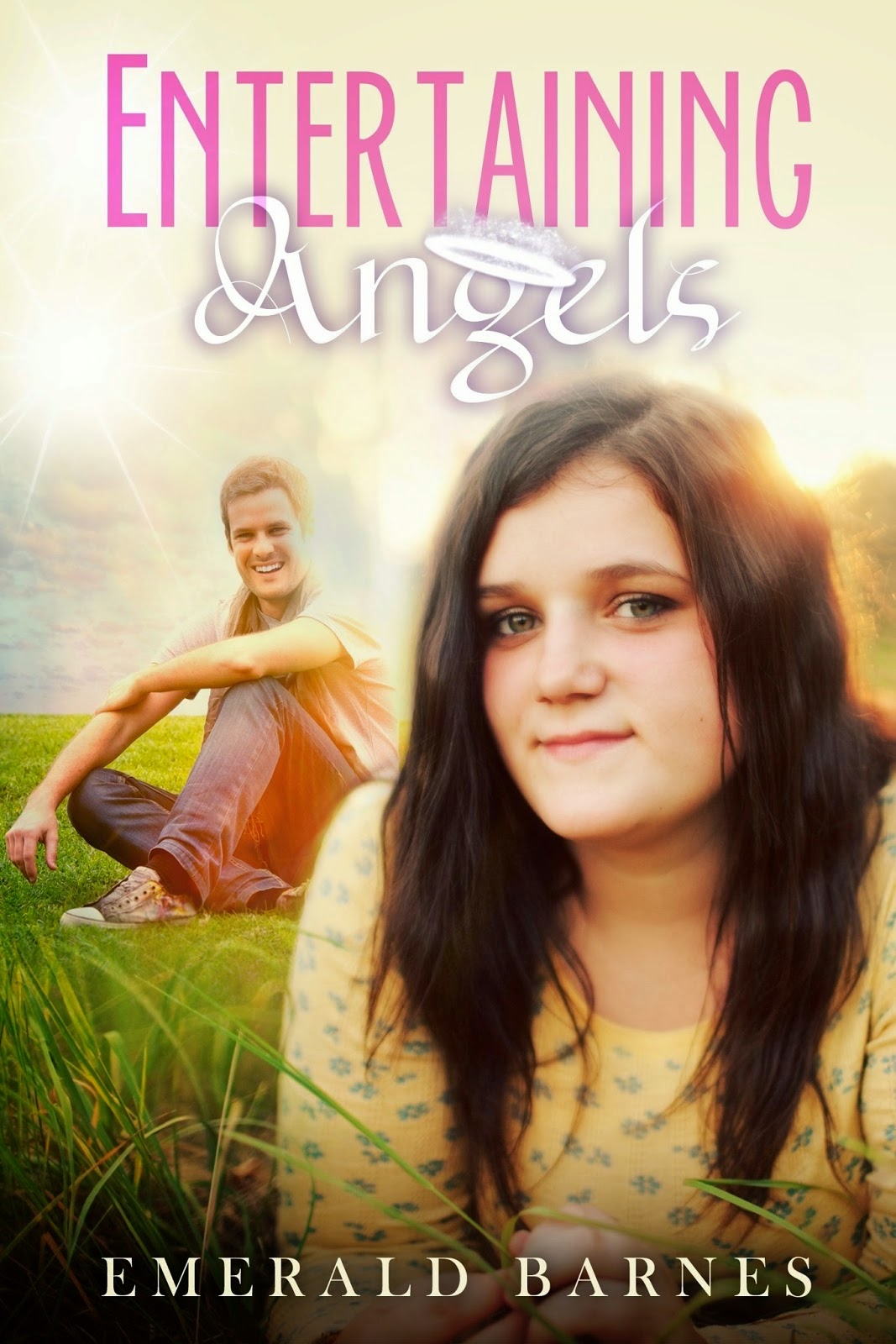 Madison Andrews can't face her reflection in the mirror. All she sees is a big, fat nobody. Yet, deep inside she longs for something more, something that's not skin deep.

Along comes Zach, the new guy in school.  He's smoking hot and totally out of her league.  She somehow catches his eye, and he makes her feel beautiful for once. But just as she gets close to Zach, her nerdy best friend, Chase, won't let Madison doubt her true beauty, no matter how many meals she skips.

Even as Madison begins to realize that she is more than she thinks, darker forces are at work, darker than the lies and mocking from her peers, stopping her from amounting to her full potential. Can Madison find true happiness in her own skin?