C. Edward Baldwin brings us FATHERS HOUSE a novel about “a deadly combination of grimy thugs, corruption, murders and last but not least – intrigue” according to a reviewer. Others tout the novel as a "tense thriller" with "compelling character development." Baldwin values "believability" as well. He wanted to write an entertaining book with "messages buried within."

Baldwin turned to writing after more than 20 years as an insurance claims investigator. He is engrossed in writing his next novel, and also spends time with his wife and two boys. Oh, and he coaches a mitey-mite football team that is undefeated after two years.

Q: What influenced your writing of FATHERS HOUSE? Why did you write this story?

C. Edward Baldwin: I read a news article once about a town where the police department was misleading the public about the rate of crime. Some arrests for violent crimes were being factored into the statistics. So, it appeared that the crime rate was much lower than it actually was. So, that was the basis for the plot. The rest of the story, a crime syndicate working in cahoots with public officials was my imagination running wild.

Q: Is FATHERS HOUSE a story about fatherhood?

C. Edward Baldwin: Fatherhood is a central theme in the story, although the story encompasses some other themes as well. My second son was born a year into my writing the manuscript. He's six years younger than my first son. All the anxiety I felt about being a father returned again and crept into my writing. In fact, the working title of my manuscript was not Fathers House, nor was the character Mayo's last name, Fathers. Those changes were made later when the father motif reared its head.

Q: Reviewers praise FATHERS HOUSE as a “tense thriller” with many “twists and turns.”  How do you create suspense? What makes a thriller?

C. Edward Baldwin: That's a good question. For me, a good suspense story lets readers know early on that some type of danger or traumatic event is on the horizon and it's up to the hero/heroine to figure out what's going on and how to save the day.  As for a thriller, I think the major element of a good one is when the hero is sucked into someone else's scheme and has to figure out a way to get out of it.

Q:  In addition to touting the suspense of FATHERS HOUSE, reviewers also cite your “compelling character development.” Did you base any of your characters on real people? What did you do to make readers care about them?

C. Edward Baldwin: My characters weren't based on anyone I know; at least they weren't consciously based on anyone that I know. I tried to make them human, in other words, I wanted them to do and feel many of the things that we as people do and feel every day. For instance, there's a scene where the protagonist Ben Lovison is cleaning a bathroom in anticipation of his wife's return from the hospital. Part of the reason for him doing that is because he wants the place nice for her return; but another reason is he's embarrassed by how dirty he'd kept the place.  Another character, Leo Johnston, recently divorced goes to a Bojangles to eat because he doesn't want to eat alone in an empty house. I feel that we all are connected in that we have some of the same fears, desires, needs, etc. and I believe that when my characters exhibit some of those same qualities, people will naturally relate to them.

Q:  One of your reviewers said ”I found the antagonist Father a different kind of villain.” What are the characteristics of a typical villain and why is your antagonist different? Does a hero need a villain in order to be a hero?

C. Edward Baldwin: A good villain is bad to his core. He has an agenda, be it to steal, rob, or kill, and he will let nothing stand in his way to achieve that agenda. He's heartless, selfish, but extremely intelligent. Fathers House's antagonist, Father is all those aforementioned things, heartless, selfish, and extremely intelligent. But unlike typical bad guys, Father's motivation isn't simply to get riches or to kill. In fact, he doesn't care about material goods. And when he kills or has someone killed, it's not for the joy of the kill. In his mind, a killing may be necessary so it's carried out. Father's motivation is power, not fame or fortune; but power. Make no mistake; fortune represents a means to obtain the power. But power is what he wants and he intends to get it at any cost.

Q: Did you write FATHERS HOUSE to deliver a message? To educate? To entertain?

C. Edward Baldwin: I wanted to write a story that was entertaining, yet had some messages buried within. But I didn't want to hit anybody over the head with messages. I dislike preachy books, so I tried hard not to create one. Some folks want to read a story without thinking about anything while some people like me like stories with a little teeth in them. I love figuring out symbolism and what not, so I tried to strike a happy medium.

Q: When writing, are you in control of your characters or do they push you around?

C. Edward Baldwin: I'm in total control of my characters; however I will listen to them. Sometimes they'll tell me something interesting about their background that I hadn't considered before.

Q: How important is back story and/or setting to telling FATHERS HOUSE, particularly regarding the activities of a district attorney’s office? What did you do to enhance credibility?  How important is believability to your story?

C. Edward Baldwin: Believability is very important for me. I was fortunate in that my youngest brother dated a federal prosecutor at one point during the writing and I've worked nearly twenty years as an insurance claims investigator, so I sort of combined those experiences with my imagination. In addition, I researched the web and discovered a district attorney's office where they'd started going "green" getting rid of paper files. The company they were using had interviewed some of the prosecutors and put the video on the web for marketing purposes. Paperless files are a major part of Fathers House plot, so I was very fortunate to stumble across that.

C. Edward Baldwin: I'm deep into writing my second novel and hope to have a first draft completed within the next several weeks.

Q: Tell us about C. Edward Baldwin. What do you like to do when you’re not writing?

C. Edward Baldwin spent nearly twenty years as an insurance claims investigator before embarking on a writing career. He and his wife Natasha and their two boys currently reside in Raleigh, NC. 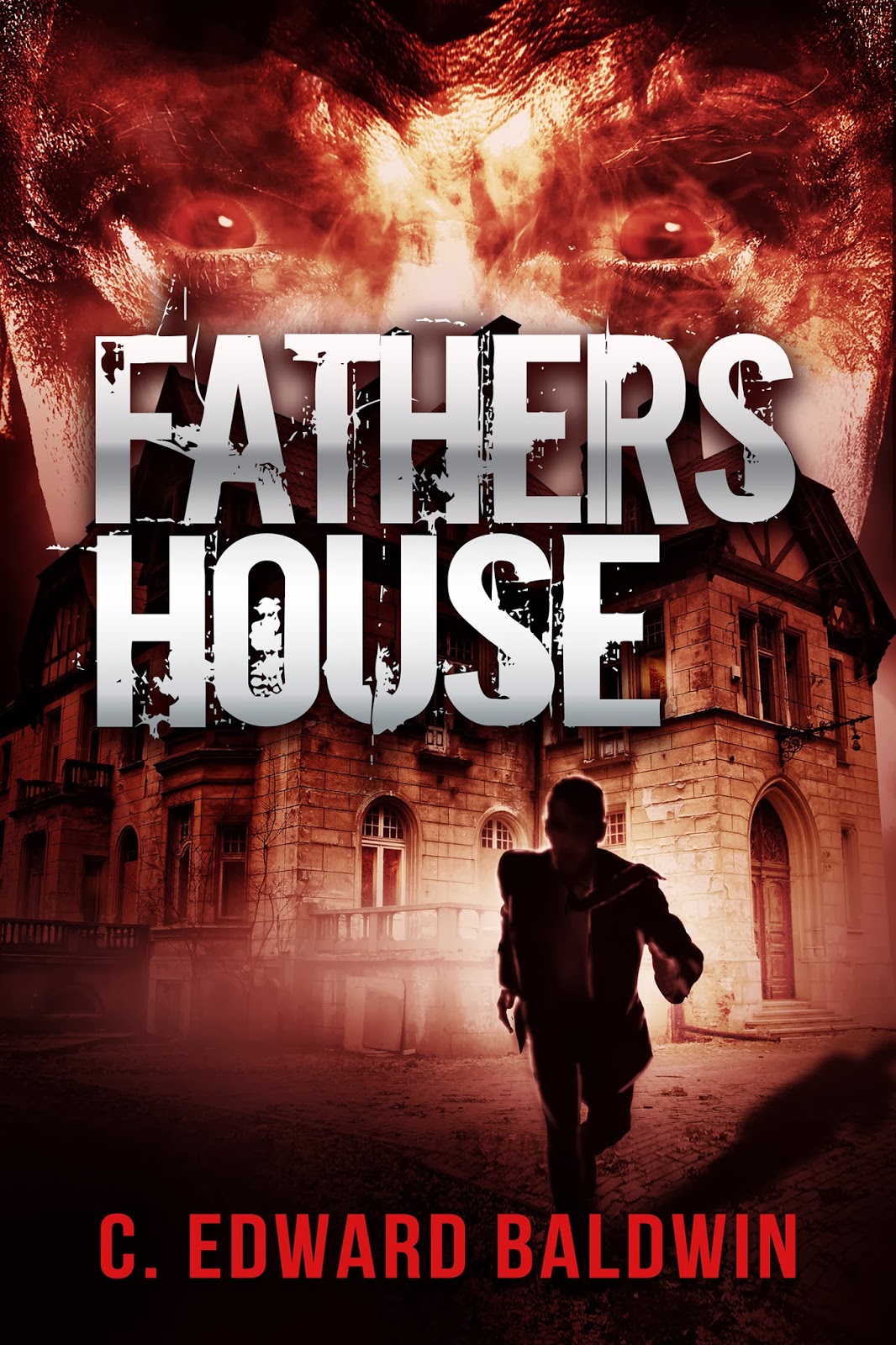 Ben moved to Fathers House at the age of thirteen, shortly after the brutal murder of his mother in broad daylight in front of their home. It was Mayo Fathers, proprietor of Fathers House who encouraged Ben to finish school, attend college and law school. Uncle Mayo (as he liked his boys to call him), was also instrumental in getting Ben his job with the district attorney’s office. But eight years later after the salvage, fatal beating of one of the city’s teenagers, Ben soon learns that Fathers House has a dark side and a seedy connection with the city of Duraleigh. He also fears that Fathers House may have been involved in the death of his mother and the disappearance of the father that he never met.