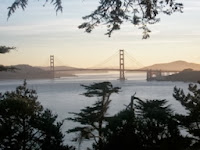 Yay! I’m so excited. I’ve waited so long to bring you my next mystery.  But first, check out this cover. 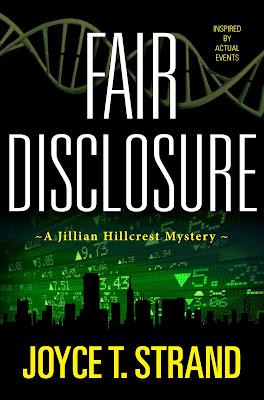 As with previous Jillian Hillcrest mysteries, I encounter murder “most fowl” in FAIR DISCLOSURE.

Chad—my ex-husband—and I are enjoying a play at a local community theater when a scream interrupts the production.  We are told that they discovered a bludgeoned volunteer backstage right in the middle of the play.

It turns out that I had interviewed the victim for a job at my company. I thereby get involved in another crime-solving adventure—drawn ever deeper by a second murder, an irate investor, the participation of law enforcement amateurs, an increasingly unreliable assistant, and suspicious trading of my company’s stock.

Meanwhile, Chad keeps pressuring me to say “yes” to a second marriage. (He is so cute with his hats, but I really don’t want to spoil our close relationship by getting married again!)

FAIR DISCLOSURE concentrates on my role with investors, and how the rules of fair disclosure— to disseminate information to all investors at the same time—frequently are violated by greedy and shady investors.  We drew on real cases of unfair disclosure as a backdrop.

You won’t want to miss this one. Watch for it! If you doubt me, you can