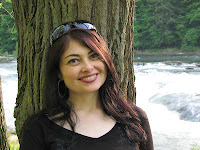 The grail we’re concerned with here is a goal, the ultimate goal, the one possession, love, or desire that your character wants so badly, you’ve devoted 400 pages to help her reach it. This driving power is true of all popular fiction. And, when other goals stumble in the character’s way and need immediate action, the grail shifts. The possibilities for reader engagement have just expanded ten-fold.

Here's how to shift your grails, using The Bourne Identity as our example novel:

1. A good, believable grail should be evident to your readers immediately because character motivations provide the foundation for a gripping plot.

In The Bourne Identity by Robert Ludlum, Jason Bourne’s driving motivation, after being fished out of the ocean with nothing but amnesia, bullet holes, and numbers to a Swiss bank account, is to find out who he is.

2. Straightforward plot progression works well for some stories, however, getting a character from POINT A (desire) to POINT B (achievement) may involve making a few other stops along the way. All of those little sidetracks are what keep us reading.  What your characters desire may change as your story progresses.

Your characters now have to resolve this (a lesser grail) before they can achieve that (the main grail).

Ludlum throws secret government assassins, a love interest, and the guilt of a bloody past at Bourne.

3. By placing secondary and tertiary grails in your characters’ paths, you not only increase tension and anticipation, but also provide mounting satisfaction as these lesser goals are attained. Internal and external conflicts serve to distract your characters and precipitate a shift in focus.

Your characters were able to resolve this, even through such harrowing ordeals, so they will be triumphant in achieving that when things are at their worst.

Or if the challenge is too harrowing, it worries the reader that:

Your character barely survived this, how will he manage that when the circumstances seem impossible?

Some of these lesser grails are like rungs on a ladder—they aid the characters in reaching their main goal.

Finding one of many passports in a safe deposit box leads Bourne to his apartment in Paris and to another clue about a particular hotel room.

But some lesser grails stand in direct opposition to the main goal, forcing characters to rethink their original motives and make agonizing choices.

Bourne may not find out his name, but by saving the woman he loves, he discovers who he is.

Ultimately, sometimes what the characters wanted all along doesn’t matter as much as what they find along the way. And, just like in life, a good read isn’t so much about the end, it’s about the quest.

-FROM: "The Shifting Grail: A Quest for a Good Read" by Heidi Ruby Miller
Many Genres, One Craft: Lessons in Writing Popular Fiction (Headline Books, Inc.)
-
Heidi Ruby Miller believes the relationship is as important as the adventure. She teaches creative writing at Seton Hill University, where she graduated from their renowned Writing Popular Fiction Graduate Program the same month she appeared on Who Wants to Be a Millionaire. The writing guide Many Genres, One Craft, which she co-edited with Michael A. Arnzen, is based on the Seton Hill program and her novel Ambasadora was her thesis there.